Two Suggestions for Those Who Have Hired Interstate Removalists

If you've hired a team of interstate removalists for an upcoming move, these suggestions could be helpful.

Try to stay near them when driving

If you'll be travelling in your own vehicle instead of in the removalists' truck, you should aim to set off from your old property at the same time as them and try to stay with them on the road for the entirety of the journey to the new property in the other state.

If after setting off, you suddenly realise you urgently need an item that the removalists have in their truck (for example, if you accidentally packed some medication into a box in their vehicle), it would be much easier to get this important item if you were travelling close behind the truck. Whilst you might be able to hold off and wait to retrieve this vital object if your new property was only 30 minutes away (as even if the removalists set off before or after you, it would not take long for you to meet up at this property), it could be disastrous to encounter this problem during an interstate move, if the removalists were travelling on a different route and were several hours behind or ahead of you.

Additionally, if you find long road journeys intimidating and are not great at operating satnavs, sticking with the removalists truck as you traverse several states will make things easier, as you're far less likely to get lost if you follow them because they are experienced drivers who are accustomed to doing interstate journeys.

Make sure you fully utilise the removalists' storage truck

There may be some bulky items which you or your family might not want to put into the removalists' truck and instead might be tempted to put in your own car, even if there is space in the former. For example, if your child has an enormous teddy bear that they're very attached to, or if you have several boxes of family photo albums that have huge sentimental value, you might worry about handing them over. However, this is not a rational approach. Firstly, putting items in your car that are big and will weigh it down during the extremely long journey to this other state, which could result in its tyres or suspension system being damaged. This might result in you then having to tackle multiple car problems by the time your journey is over.

Secondly, these precious items will be much safer in a sturdy removalists' truck than they would be if you were, for example, to tie them to your roof rack and would be far more likely to survive this interstate adventure in one piece if they were in this storage container. 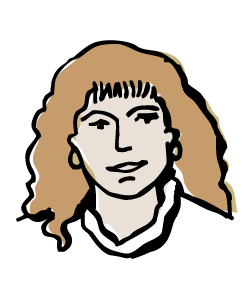 Have you ever visited friends and been amazed by how good their homes and gardens look? For many years, this was all I did. However, all of that changed when I decided to teach myself the secrets of developing a home and a garden so it looks great and requires minimum maintenance. I started by contacting my friend Dave who works in the home and garden centre near my home. Dave invited me down and gave me some fantastic tips. I followed his advice and after a few months of work, I had the home and garden of my dreams.